Hyères, costebelle, beautiful bourgeois property in a green and open view to the sea, 340m ², large reception of 80m ² with terrace access, kitchen, 8 bedrooms, 3 bathrooms, office, outbuildings and outbuildings, kitchen d summer, many terraces, the whole on a ground of 8000m ² piscinable. Caretaker's house. Ideal Gîte or bed and breakfast. DPE B

view CLEAR VIEW TO THE SEA 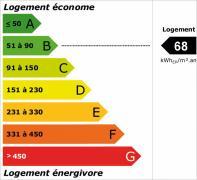