Le Lavandou, very sought area, walking distance from the city center and beach, this pleasant house in dominant position furthermore of 220m2 offers a beautiful view on the sea and the golden islands. The villa consists of a vast living-room and a completely equipped American kitchen, 7 big bedrooms, 2 of which on the same level and an office. Overflow swimming-pool and big garage. 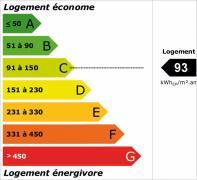 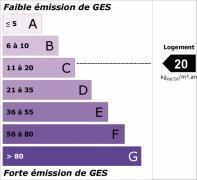