Hyères, rare for sale, residential and famous area near center-town and schools, green environment and clear view till the sea, superb character house with nice space, 175m² living space, living-room, independant equiped kitchen all giving onto terrace, 5 bedrooms, one of which is a master bedroom with terrace and private shower and one bedroom with solarium, dressing, batheroom, shower-room, large garage (for 4 cars), possibility studio, swimming-pool on nice landscaped gournd of 500m². Quiet area. 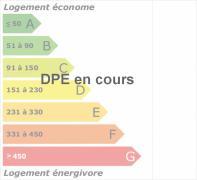