Hyères, between town and sea, in standing residence with park, nice clear view, 4 main rooms of 97m² giving onto terrace of 43m² and private garden of 50m², living-room, opened kitchen, 3 bedrooms, one of which is a master bedroom, one bathroom, one shower-room, cellar and garage. 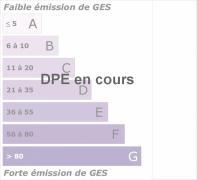