Hyères, charming victorian town house for sale close to the center of town. This renovated property of 232 square meters comprises of a living/dining-room with high ceilings 4 bedrooms, one of which is a master bedroom,bathroom, and shower-room. There is also a Gym, a study, a large cellar and double garage. It is possibile to build a swimming-pool in the garden. The house is built on a plot of land of 831 square meters. Super property with lots of charm. DPE C 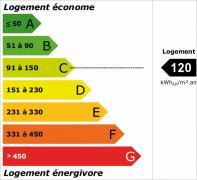